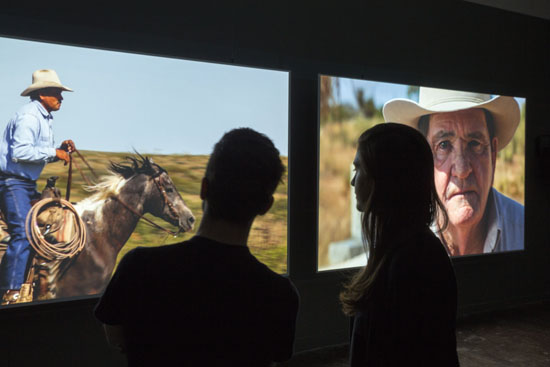 Alturas Foundation, through its Artist in Residence program, provided support in 2010 and 2011 to Teresa Hubbard and Alexander Birchler for the creation of the artists’ tenth video installation entitled Movie Mountain (Méliès) (2011). The artwork explores the residue of cinema and social terrain around a mountain in the Chihuahua Desert near the West Texas town of Sierra Blanca.  In this installation, Hubbard / Birchler explore a possible relationship between Sierra Blanca and the Méliès brothers, two early twentieth century pioneers in commercial cinema.

Filmed on location over the course of one year, Movie Mountain (Méliès) generates several fractured narrative strands that interweave reality and memory.   The installation is presented as a two-screen projection in which the separate screens offer a reflection of the multi-layered history of Sierra Blanca.  Movie Mountain (Méliès) is Hubbard / Birchler’s second installment in their Sound Speed Marker trilogy exploring the social and physical sites of cinema.

Teresa Hubbard and Alexander Birchler have been working collaboratively in video, photography and sculpture since 1990, after completing graduate degrees at the Nova Scotia College of Art and Design in Halifax, Canada. Their work invites suggestive, open-ended reflections on place and cinema and is “propelled by the artists’ fascination with the open circuits of social life, memory, and history that sit just outside the frame of moving images.”

Hubbard grew up in Australia and later attended the Skowhegan School of Painting and Sculpture, as well as the graduate sculpture program at Yale University School of Art, New Haven, Connecticut. Birchler grew up in Switzerland and studied at the Academy of Art and Design Basel and the University of Art and Design, Helsinki, Finland. Hubbard and Birchler are Graduate Faculty members at the Milton Avery Graduate School of the Arts, Bard College, New York. Hubbard holds the William and Bettye Nowlin Endowed Professorship in Photography in the Department of Art and Art History at the University of Texas at Austin. 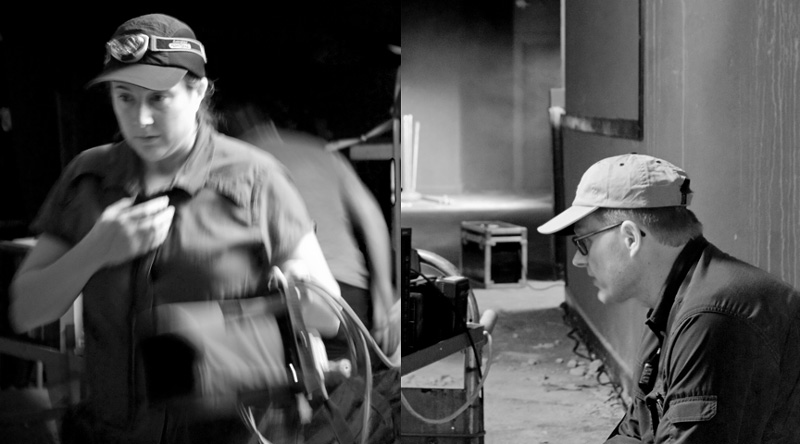